01CODE OF CONDUCT
02THE SYSTEM
03THE PLOT
04TIMELINE
05CANON ROLES
06FACE CLAIM LIST
07FAQ
08REQUEST THREAD
09ADVERTISEMENTS
10DISCORD
QUICK NAVIGATION
A NON CANON AVATAR THE LAST AIRBENDER / LEGEND OF KORRA ROLEPLAY
BEYOND THE WILDS
The Avatar is not of the world. The Avatar is the world.
In this age of conflict, the Avatar cycle was not broken but reflects the harsh difference of a feudal world ramped up in traditional mysticism and the at-times-too-fast progress of a technological and industrial revolution. The old kingdoms sit as the world's foundation, the bones of an ancient body. Republic City is a new thought of a brighter future in that ancient body's brain. Its heart, the soul of the people, and thus the soul of the Avatar.

PROBENDING DEBUT
the introduction of probending has republic city all in a twist! many folks are excited, while others question the change of making a bending sport legal. For many years ring fighting and gambling has had ill effect in cities of all nations, how is this any different? How will this influence republic city and the other nations?

where credit is due

BEYOND THE WILDS was created by VAATU, RAAVA, and LEM. The skin RE: operation mindcrime was created by Pharaoh Leap of pixel perfect and edited respectfully by RAAVA. Templates were created by Pharaoh Leap of pixel perfect unless specified otherwise. Various images used and edited were created by ＴＫＧ of Pixiv.net. Avatar the Last Airbender and the Legend of Korra were created Michael Dante DiMartino and Bryan Konietzko. Beyond the Wilds does not claim to own any canon material. Please do not steal or replicate any content on B.T.W ; all content belongs to it's respective creators.

Annoucements
NO THREADS HAVE BEEN MADE IN THIS BOARD

Events, updates, and announcements; the holy trinity to every site. Here you can find past and current important staff notifications concerning Beyond the Wilds.

Rules and regulations governing conduct within B.T.W can be found in this board. Please take the time to review each thread before attempting to make a character. Feel free to pm staff either on forum or in discord if you have an un-answered question.

Every thread concerning the setting, timeline, plot, and important characters can be found here.

This is where new character applications are created, and accepted ones are stored. Please read over all rules and guidelines before creating a character.

Development
NO THREADS HAVE BEEN MADE IN THIS BOARD

Plot pages, Trackers, Mood Boards, and Want Ad's. Anything for character development can be made and posted here in this board.

+
The Water Tribe
NO THREADS HAVE BEEN MADE IN THIS BOARD

The Water Tribe is one of the original four nations and its citizens primarily inhabiting the northern and southernmost regions of the globe, near both poles. Many people of Water Tribe ethnicity also live in the United Republic and there is a small community of water benders that populate the Foggy Swamp in the Earth Kingdom.

+
The Fire Nation
NO THREADS HAVE BEEN MADE IN THIS BOARD

The Fire Nation is one of the world's four nations and five sovereign states. It is an absolute monarchy led by the Fire Lord and home to most firebenders. Geographically, the nation is located along the planet's equator in the western hemisphere and is composed of several islands. The Fire Nation is the second-largest nation in terms of area, following the Earth Kingdom, while its economy is the most powerful in the world; its strong industrial sector and extensive technological developments not only enabled the Fire Nation to create an extremely powerful military, but also initiated the worldwide modernization and globalization. Before the foundation of the United Republic and the following global technological revolution, it was also the strongest and most advanced country in the world.

+
The Earth Kingdom
NO THREADS HAVE BEEN MADE IN THIS BOARD

The Earth Kingdom is one of the world's four nations. Spanning an entire continent as well as several subsidiary islands, it is the largest and most populated sovereignty in the world and encompasses much of the eastern hemisphere. The kingdom is ruled by a monarchy which operates under the rule of a king or queen. The people of the Earth Kingdom are proud and strong and adhere to a philosophy of peaceful coexistence and cooperation with the other nations of the world.

+
The Air Nomads
NO THREADS HAVE BEEN MADE IN THIS BOARD

Air Nomads is the collective term for the nation of people who practice the discipline of airbending. One of the four major nations, the Air Nomads were wanderers by definition, but had four air temples, one at each corner of the globe, hidden away atop mountain ranges and under cliffs, in the northern Earth Kingdom and on three remote islands. Unlike the other nations, the people of the Air Nomads were, without any seen exception, all benders due to the high level of spirituality of their people.

Member Center
NO THREADS HAVE BEEN MADE IN THIS BOARD

Spam, Greetings, and Personal threads; all can be made here in this forum. 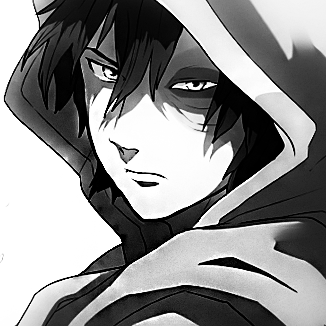 The guest friendly board for all your advertising and affiliating needs. Please do not double post advertisements; wait until the first one leaves the front page before re-posting.

WELCOME TO BEYOND THE WILDS

01 Don't touch the everyone tag, this is reserved for staff alone. Any messages from members that tags everyone, will be deleted.

02 Please be respectful in the discord, include others in converstaions, and aim to have fun! Do not link inappropriate media.

03 no sensitive conversations, or drama in the chatbox. Do not engage or enable topics that are taboo

04 please do not advertise. we have a forum for that.